“The shot heard round the world.” This popular phrase is tied to an event in American history that forever changed our nation’s future. Memphis recently had its own history-changing event—a mob. One might call it, “the mob heard round the city.” I’m not referring to the violent Kroger Mob that left three injured, but the subsequent Love Mob that made the front page of The Commercial Appeal and has provided an opportunity to positively impact the city of Memphis and its future.

Love Mob Memphis, an event that popped up on my Facebook radar on September 9th, was held at Poplar and Highland, the intersection nearest to the Kroger that was terrorized earlier that weekend. This event had one sole purpose—“spreading the love for our beautiful city.”

With over one-hundred attendees, Love Mob Memphis was exceptionally successful at doing just that—spreading the love. For such a last minute, grassroots effort, those around the area poured out to show their support and love for the city.

I was fortunate to have the opportunity to talk to one of the event’s organizers, Kimberly Presley-Jernigan. Moreover, I was elated to hear that Love Mob Memphis was originally a “one time thing;” however, these Memphis-lovers are not stopping there. With so much support from the community, they’re laser focused, full steam ahead!

Kimberly Presley-Jernigan, Stephanie Godwin, and Courtney Shriner, the three women responsible for the love mob and the newly founded Memphis Love Mob organization, all grew up in Memphis and want to see what’s best for the city. Surprisingly, they are receiving some negative feedback, but they aren’t perturbed in the least.

“We have received some negative feedback, especially from those that say we don’t live in the area affected by the Kroger mob. We may not live in the Poplar / Highland area, but it’s where we shop…the three of us have community ties to the area, my parents live [near here].”

I feel the sentiment. I don’t currently live near Poplar and Highland, but I just recently moved from Central and Holmes—that Kroger was my grocery store for years. I went to church at Highland Street Church of Christ, near Highland and Central, for almost 18 years (before it was torn down). I’ve spent hundreds of hours in that Kroger and the Poplar Plaza Shopping Center.

Here is the scoop on what to expect from Memphis Love Mob in the near future.

Those that follow their Facebook and Twitter pages will receive updates 12-24 hours before an event is scheduled. These events might include “random acts of kindness, planting shrubs, and improving the community.” There hope is, as they grow, to get involved with volunteers, churches, and other nonprofits in the Memphis area. Furthermore, they’d love the opportunity to work with Memphis’ next generation—whether through Shelby County Schools or youth programs—to show the value and importance of both volunteer work and having a positive impact of Memphis communities.

If you want to get involved, follow them on their social media pages and show up to their next event. Additionally, they are looking for local, Memphis businesses to be corporate sponsors.

Dave Barger: The Loss of an Exceptional Innovator 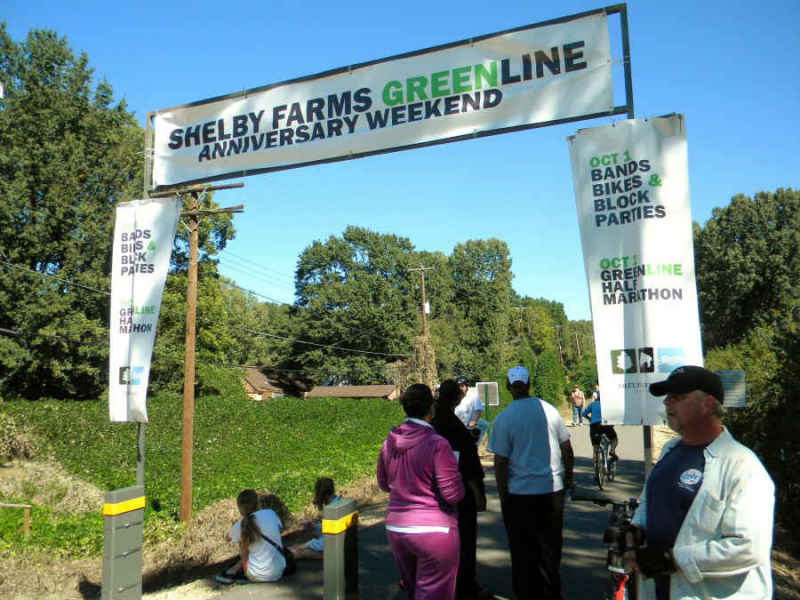